Andrew comes to Segall Group after graduating from The University of Richmond in 2017 having received his Bachelors of Science in Business Administration with a concentration in Finance.

Andrew’s interest in the real estate industry began at an early age with his dad explaining the business from the development side. Prior to joining Segall Group, he interned with CBRE in Boston after his junior year at Richmond and decided to pursue a future in real estate. His pursuit of a career in retail brokerage was directly influenced by his older brother and uncle, who work alongside each other as brokers in Florida with Atlantic Retail Properties.

Andrew grew up in the town of Foxboro, Massachusetts and remains an avid Boston sports fan. In his spare time he enjoys golfing, skiing, and listening to his ever-changing vinyl rock collection. 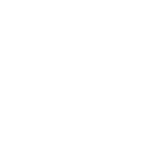 “'If Tetris has taught me anything, it’s that errors pile up and accomplishments disappear.' I like to use this quote to keep me grounded and always thinking about the next step. In a fast-paced environment like retail brokerage, staying ahead of the curve can make all the difference.”
—Andrew Lynch